(See below for photographers' bios and personal thoughts on Caddo Lake)

Caddo Lake is unique. No other body of water in Texas remotely resembles it. It is the only naturally formed large lake in Texas and supports the largest flooded cypress forest anywhere. It is visually stunning, with Spanish moss-draped trees and an abundance of wildlife (including rare birds & alligators!). For two years, six renowned photographers turned their lenses on the lake, resulting in this exhibition of 33 diverse and engaging fine photographic prints. Attention collectors - Every print hanging in this exhibition is the #1 print... a Sun to Moon Gallery first.

Thank you to our sponsors for helping to make this exhibition possible: 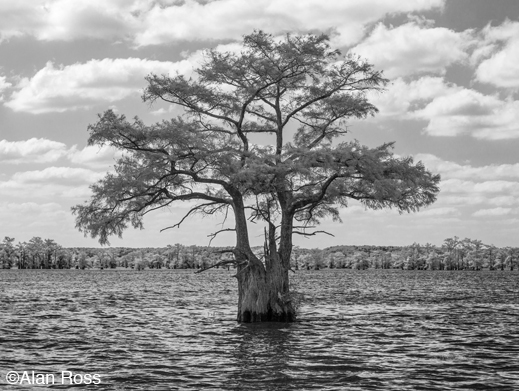 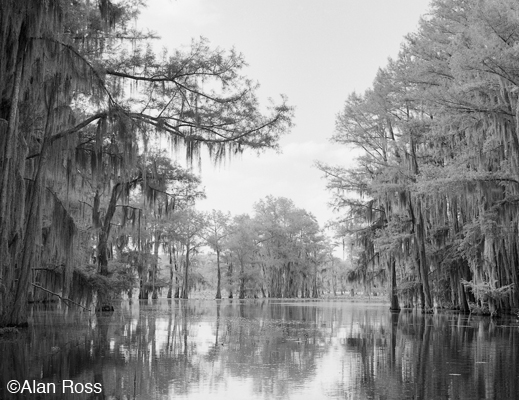 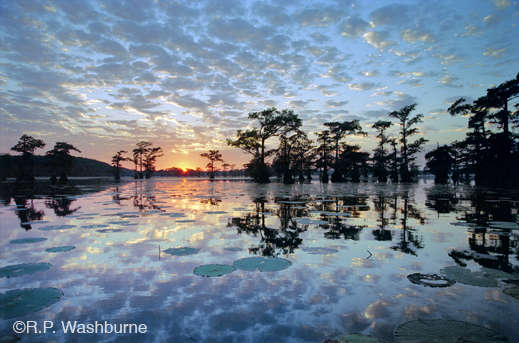 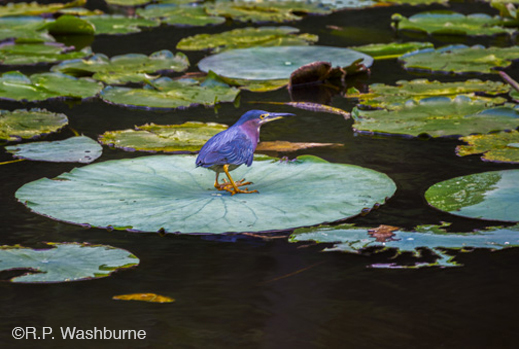 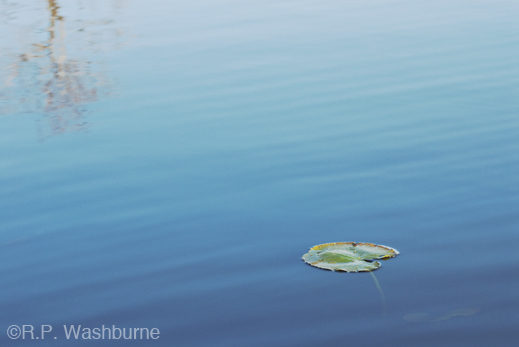 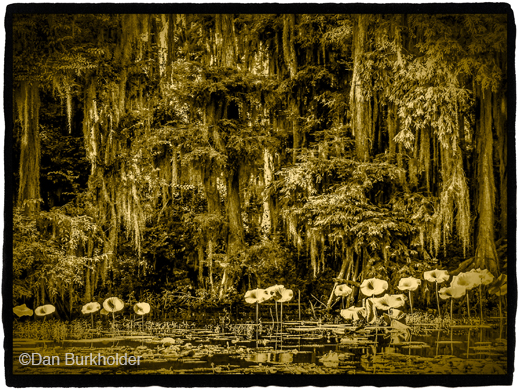 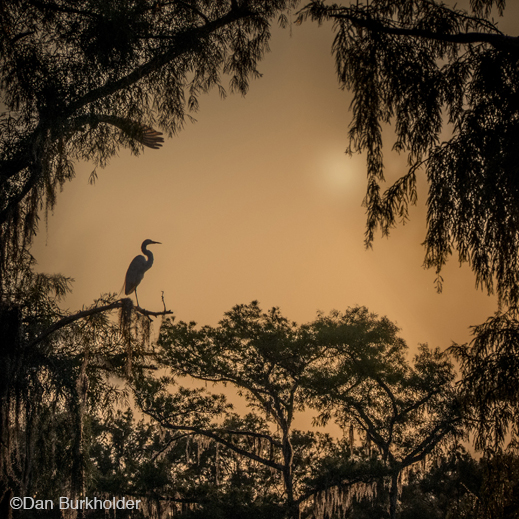 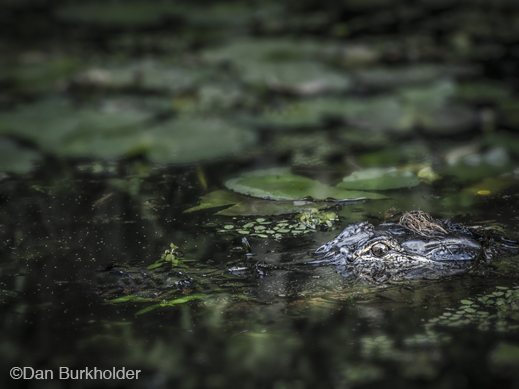 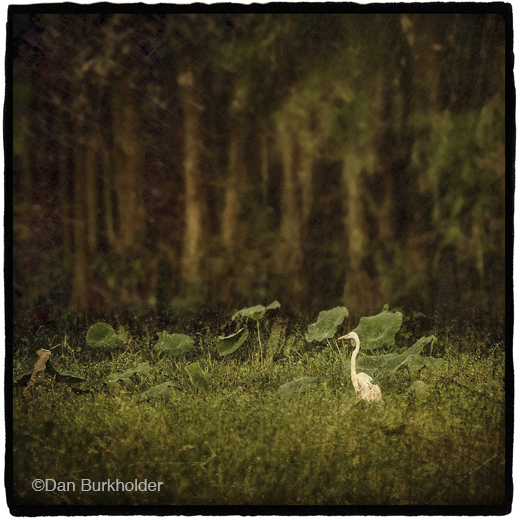 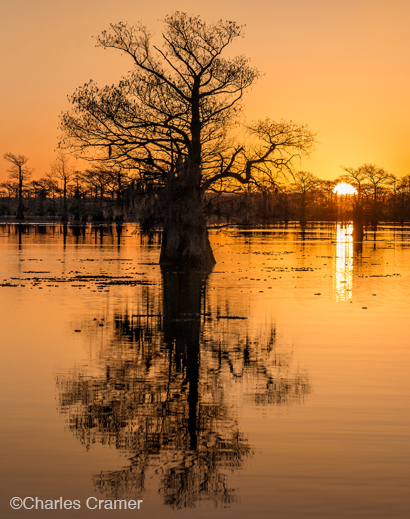 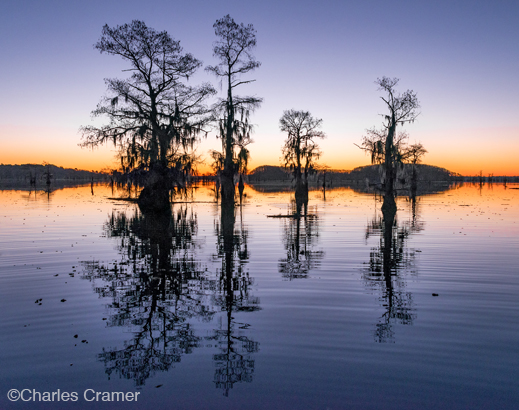 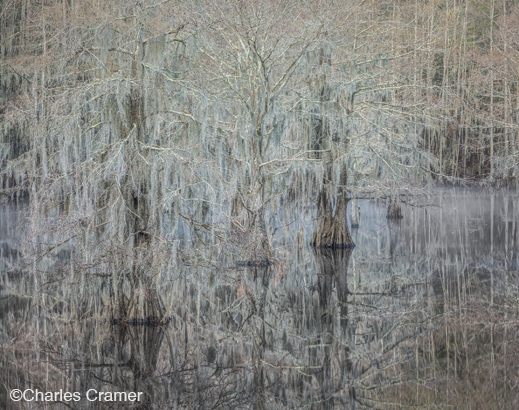 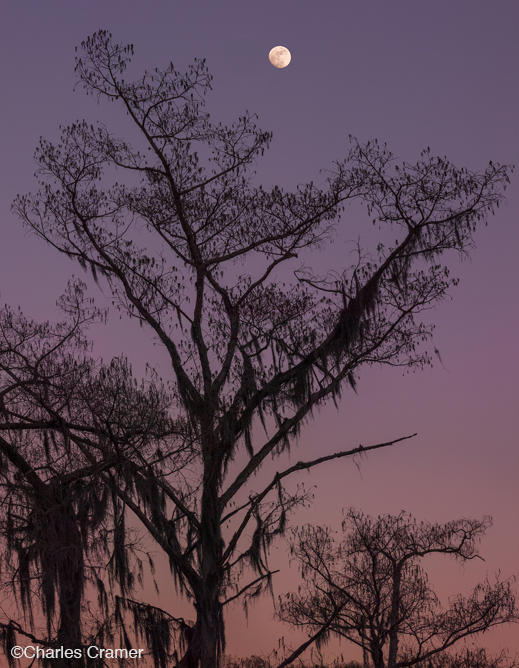 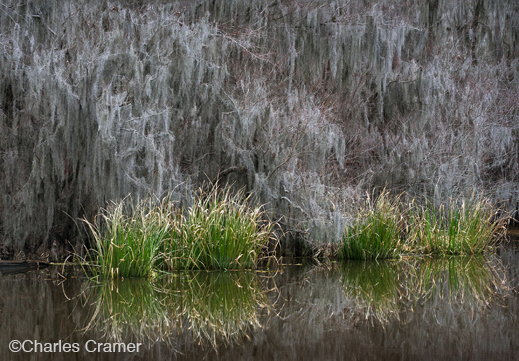 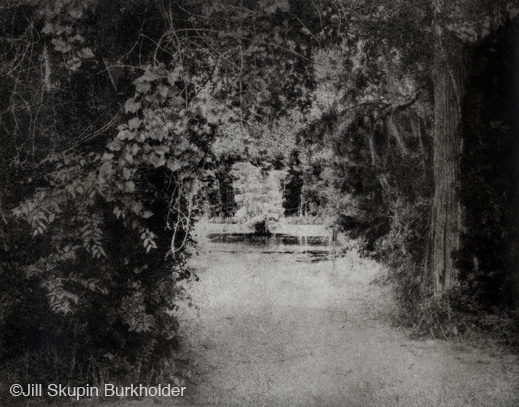 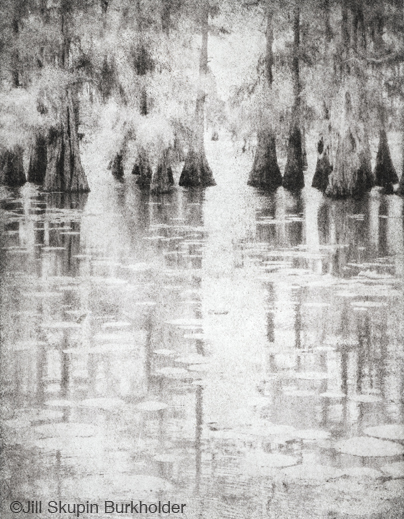 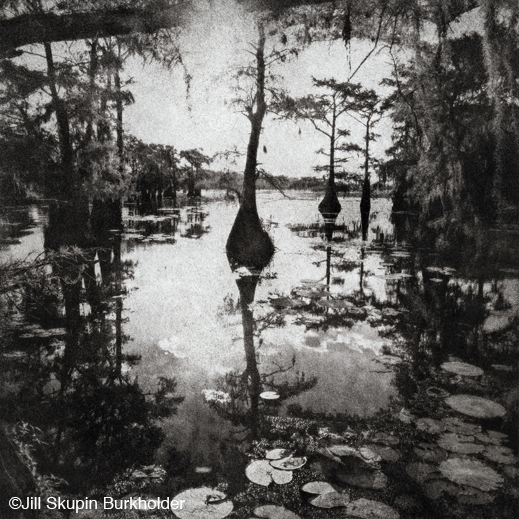 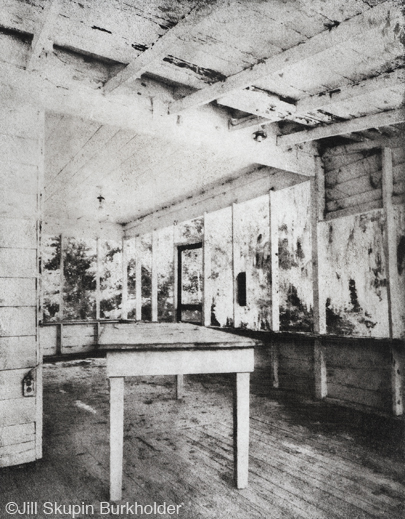 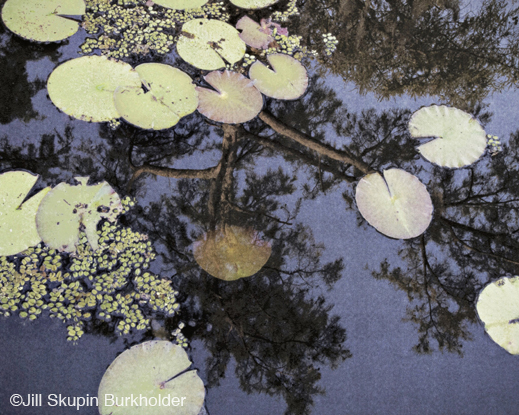 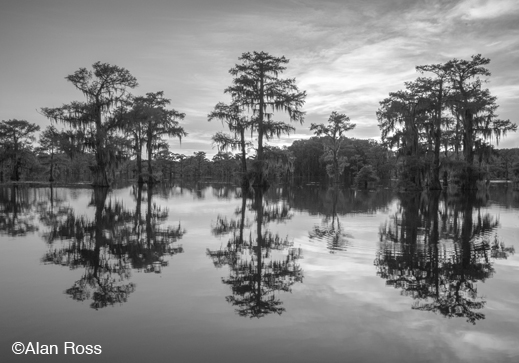 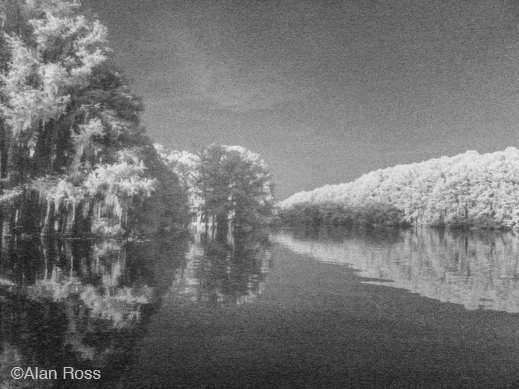 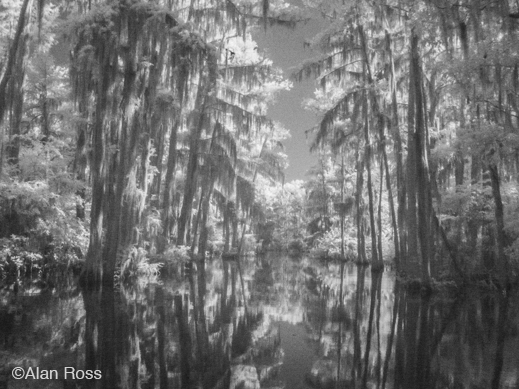 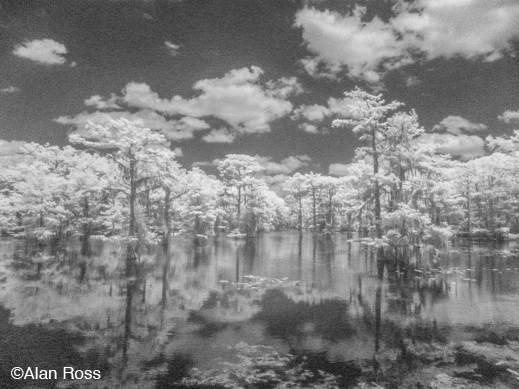 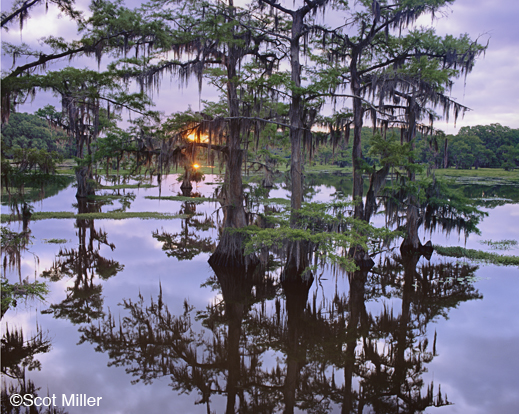 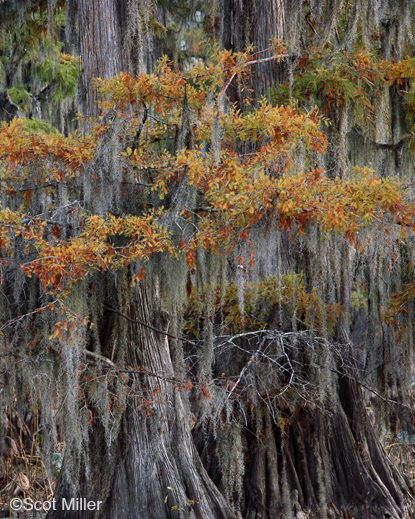 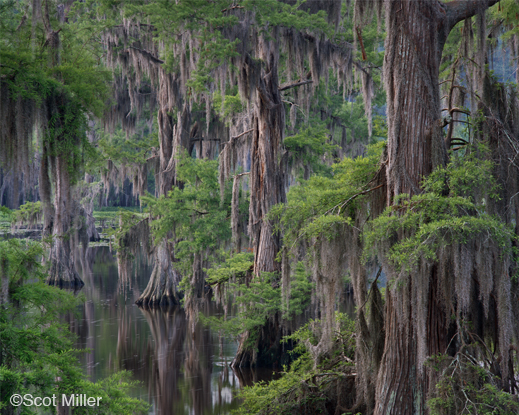 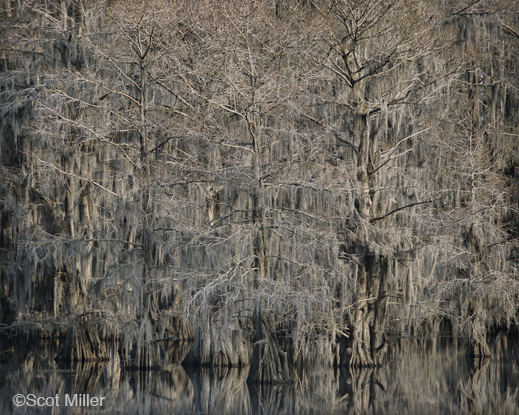 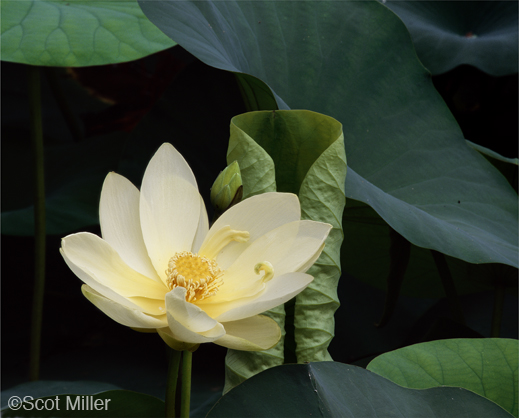 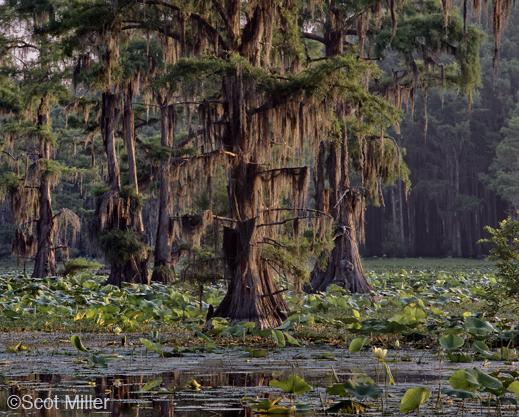 ABOUT THE "CADDO LAKE EXPOSED" PHOTOGRAPHERS:

Dan Burkholder is recognized as one of contemporary photography's pioneers, first exploiting digital technology in 1992 to make enlarged negatives for platinum/palladium printing. His award-winning book, Making Digital Negatives for Contact Printing, is now a standard reference in the fine-art printmaking community. In 2008, University of Texas Press published The Color of Loss: An Intimate Portrait of New Orleans after Katrina, a monograph of Dan’s images made in the flooded interiors of homes, schools, churches and workplaces in post-Katrina New Orleans. His most recent book is iPhone Artistry. Dan teaches photography workshops worldwide and his prints are included in private and museum collections internationally.

Dan's musings on Caddo Lake...
In a more logical world, Texas would be divided into several states, given the huge gamut of distances, topography, cultural variances, and the amazing variety of landscape features. As the State’s only natural lake, Caddo is a giant jewel in the Texas environmental crown. The wildlife, stunning vistas and inimitable culture all make for one of the most unique watered areas not only in Texas but also in the U.S.

Charles Cramer is a photographer who revels in exploration and craftsmanship and recognized among his peers as one of the top landscape photographers in the world. A masterful artist, his career broadly parallels that of Ansel Adams: an early focus on music, finding inspiration in Yosemite National Park, studying with Ansel Adams, and exploring the developing medium of photography. Charles has worked in the darkroom for many years, mastering the complex Dye Transfer process. He was also one of the first landscape photographers to work with the “digital darkroom”, offering more control to realize his artistic interpretation of the scene.

Charles was selected by the National Park Service to be to be artist-in-residence in Yosemite in 1987 and again in 2009. His photographs are included in the books Landscape: The World’s Top Photographers, published in 2005, and First Light: Five Photographers Explore Yosemite’s Wilderness, published in 2009.

What Caddo Lake features interested Charles photographioally?
I had never photographed anything like this previously, so I found it very fascinating.  I enjoyed the light either early or late in the day.  Being on a "barge" at 5 AM was quite an experience, being able to see the first warm light on the horizon, culminating with the first sight of the sun!

Scot Miller is an award-winning photographer whose work has formed the basis of numerous books, including Walden: The 150th Anniversary Illustrated Edition of the American Classic; Cape Cod: Illustrated Edition of the American Classic; First Light: Five Photographers Explore Yosemite’s Wilderness; My First Summer in the Sierra: 100th Anniversary Illustrated Edition, winner of a 2011 National Outdoor Book Award; and Thoreau, The Maine Woods: A Photographic Journey Through an American Wilderness. He is a contributor to the “Moment in Nature” videos, broadcast nationally on Emmy Award-winning CBS Sunday Morning. His photographic collaborations include work with Yosemite Conservancy, the Walden Woods Project and the Harvard Museum of Natural History, where “Thoreau’s Maine Woods: A Journey in Photographs by Scot Miller” is on exhibit through February 2015. Scot is Artist-in-Park for Lyndon B. Johnson National Historical Park, located in Johnson City and Stonewall, Texas.

Scot’s fine prints have been featured in exhibitions at the Ansel Adams Gallery in Yosemite National Park, the Franklin Institute in Philadelphia, the Thoreau Institute, the North Carolina Forestry Museum, the Cincinnati Museum Center, the Crystal Bridges Museum of American Art, and many other venues across the country.

How does Caddo Lake compare to other locations Scot has photographed?
Caddo Lake is unique among the places I've photographed. There's a photographic and creative complexity to Caddo Lake. Do I photograph from the shore or on the water? How do I frame it... with a wide angle or up close and personal? I find the interplay between light and shadows, between the land, water and sky and between nature and the hand of man all fascinating.

Alan Ross is an internationally respected master photographer and educator who worked side-by-side with Ansel Adams as his photographic assistant. He knows Adams’ approach and technique perhaps better than any other photographer today. Alan has earned an international reputation as a specialist in the art of black-and-white photography – as an artist, educator and master printer. He was Ansel Adams' Photographic Assistant in Carmel from 1974 to 1979, and was integrally involved in Adams' books, teaching in Yosemite, and production of fine prints. He has been exclusive printer of Ansel Adams' Yosemite Special Edition negatives for nearly thirty-nine years, making each gelatin silver print directly from Adams’ original negatives.

What are Alan's overall thoughts about Caddo Lake?
Caddo Lake is a magical place.  I love the way the trees grow out of the water the way they do with the moss hanging from the branches like tapestry.  A cruise through the myriad passages is a ride better than anything Disney could have dreamt up.  The wildlife is wonderful - with egrets and heron everywhere.  The whole environment is so intricate and varied it is hard to imagine ever tiring of it.

Jill Skupin Burkholder is a world-renowned practitioner of one of the oldest and most painterly photographic processes, the bromoil process. This process, first introduced in the 1800's, is cherished for its intensive hand-worked qualities and rich texture. In the bromoil process, a silver gelatin print is bleached with a special process removing the image. Jill then uses brushes and lithographic inks to restore the photo, giving it the impressionistic and textural look unique to a bromoil. Her exquisite works of art end with a romanticized pictorial version of the image artistically interpreted.

What were Jill's first impressions about Caddo Lake and overall impressions of her Caddo Lake experiences?
My first trip to Caddo was over 30 years ago and without a moment's hesitation, I knew it was one of my favorite places on the planet. Being raised in the Texas Panhandle near Lubbock, Texas, my hometown setting was flat and dry and trees were so few that I remember each one the way other people remember classmates. Caddo was the opposite, a primordial world of moss and thick green life. Through the years, I've seen all of Caddo's seasons. The colors would change but every trip was united by the quiet noise of a canoe parting the water and a big basket of fried catfish at the Big Pine's Lodge.

R.P. “Dick” Washburne spent many years traveling and studying the craft of photography and fine print making with some of the most accomplished photographers and printmakers in the world, including Galen Rowell, Lois Greenfield, Joel Meyerowitz, John Sexton and Charles Cramer. His photographs appeared regularly in D Magazine for several years. Dick has been entranced and intrigued by the beauty of Caddo Lake for many years. In In 2003, his first solo exhibit, a collections of photographs he shot of volunteer doctors in remote areas of Haiti, was shown in Chattanooga. In 2008, Dick’s photographic study of master potter David Hendley was exhibited at the Museum of East Texas and added to its permanent collection. Dick has been represented by Sun to Moon Gallery since 2009.

What were Dick's's first impressions about Caddo Lake and overall impressions of his Caddo Lake experiences?
My first impression of Caddo Lake was breathtaking. I had often seen images of swamp-like settings, but to actually come upon such a vast and mysterious change in the natural surroundings was completely unexpected. To this day, I can easily get lost while boating around one bend in the cypress groves to another. Over time my awareness of the Caddo's environment has grown and enhanced my enjoyment of being there.  Little things that escaped my eye and ear early on now fascinate me every time I go.